A brief history of GPMD (part one) 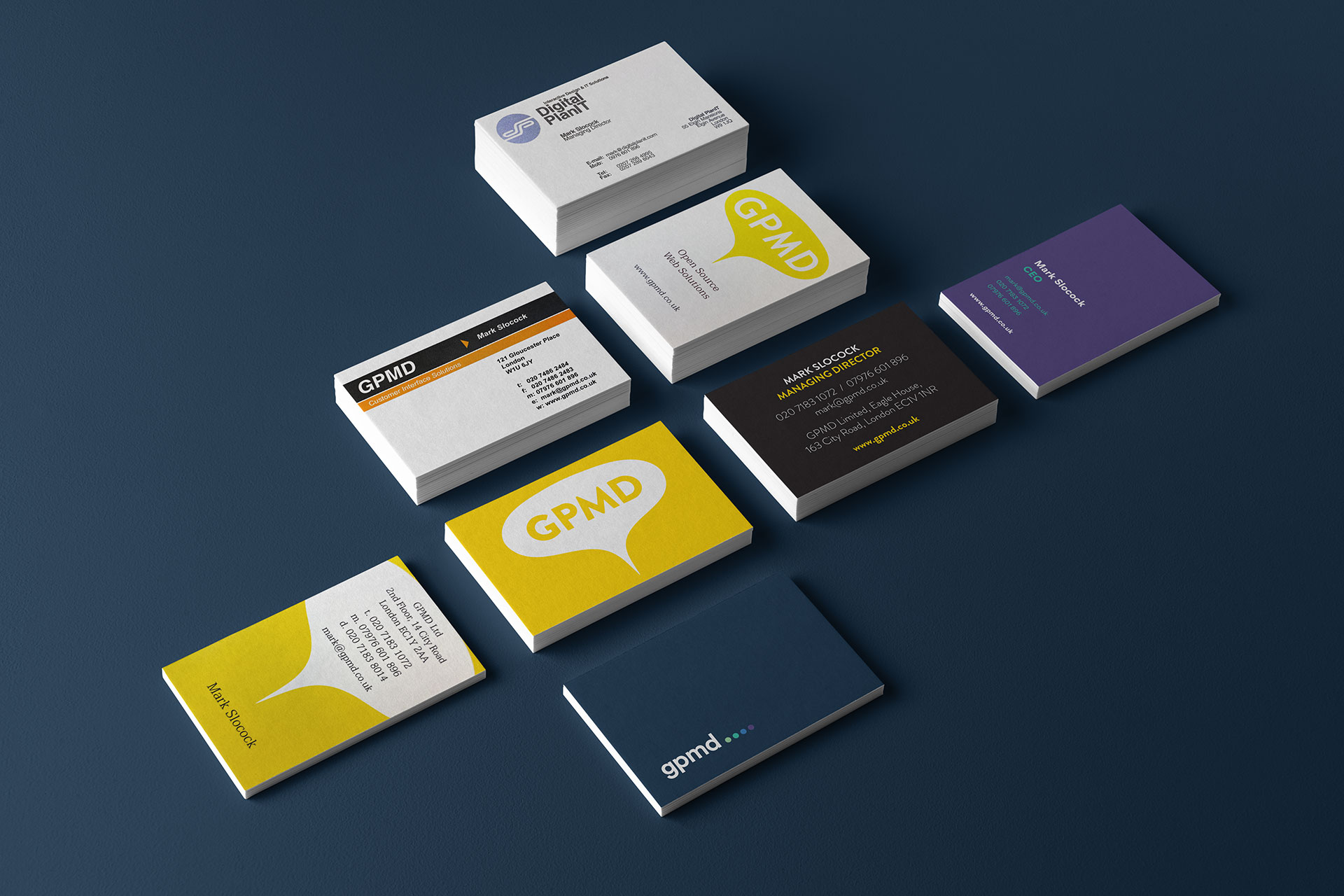 This year we are 20 years old, during that time I’ve been lucky to work with some incredible companies and have met many amazing people.

I thought that as we reach this milestone and launch our new branding it would be appropriate to reminisce a little and tell you all a little of our story so far. Graham Vickage and I started GPMD (originally called Digital PlanIT) a few months after leaving university, we had worked for other people for a few months but always had a dream to start our own company, so in December 1999 we set out to do just that.

It wasn’t really a conscious decision, I just knew this was what I wanted to do, I didn’t for one minute think it would be this tough to build an agency from scratch, how wrong I was!

Graham and I were programmers at heart and selling was not something that came easy to us. I had built my first ecommerce site for my parents mail order company (selections.com, now run by my brother Julian) and using that project as a starting point we set about building an ecommerce platform, written in Pearl, we used it to launch the next version of selections.com and launch our own ecommerce operations Budget Batteries (Graham’s baby) and Monster DVD (my side project). I remember the first two orders on the day of selections.com re-launch were from France and Japan, I thought this was incredible and I was hooked.

We got our first break building the first ever website for Gieves & Hawkes, we had Mark Henderson (then CEO) to thank for that. Mark trusted us with this quintessential English brand and gave us two young guys a shot. We worked with Gieves & Hawkes for 9 years and became firm friends with their then head of IT Innes Murray (we’re still friends today).

We slowly picked up more clients working with the likes of Sally Clarke and La Fromagerie all well known names in the London Food industry. We also did work for Marriott Hotels, Courtney Thorne (Graham’s father’s company), and we were steadily growing on Selections and Budget Batteries (Graham was known to our friends as the Battery King).

I worked with Graham for seven years until 2007. To begin with we lived and worked together in a flat on Elgin Avenue, moving to our first office at 121 Gloucester Place in 2003. By the end we had built a pretty solid foundation for an ecommerce platform, but we didn’t think we had much at the time, it was only later when I started working with other platforms that I realised this.

In 2007 Graham had to leave to run his father’s business, in very difficult circumstances, as is his way he fought through the challenges and has built Courtney Thorne into a leader in its industry, I am immensely proud of what he has achieved and my only regret was that I should have been there to help him. I still miss working with him every day, and it has taken me many years to build a team that comes close.

Graham leaving was the first really tough time for the business, his leaving left me with a few decisions to make, we had a tough year in 2007 and I had to rebuild, this time on my own, it was a daunting prospect.

The first decision I made was to stop developing our ecommerce platform and focus on being an agency. Working with one person, Jamie Neil (an incredible problem solving developer), we started building sites using a CMS called SilverStripe.

It was around this time that we also started working closely with Susanna Cook, who ran a design agency called Allies Design. Susanna was a great designer and very good at building relationships, she really cares about her clients and their success, we had a similar ethos and she needed a technical agency to build the sites.

Through Susanna we worked with The Potato Council, La Fromagerie (the next iteration of their website), The Ginger Pig, Dawood & Tanner, Cavendish Imaging, Wild Beef, Ceres PR, Opus Corporate Finance and Link FX. It was at this time that I met a very young and enthusiastic Paul Rogers, who was working for The Potato Council. Paul and I have been friends ever since and worked together twice (more on Paul later).

Working with Susanna was great but I wanted to get back to building ecommerce sites as well, as we were building mostly brand websites with Allies. Susanna’s passion was food related design work (she has an impressive portfolio), mine was ecommerce and I had not found a solution for ecommerce. We had been searching for an ecommerce platform we could get behind for over a year, we wanted an open source backed by a commercial company, and there was nothing around at the time until we started hearing about a new platform due to launch in August 2008 called Magento.

The only other option we seriously considered was Shopify, however at the time it was pretty limited and I was not used to being restricted, I wanted to be able to build whatever I needed, as we’d always done, so Shopify did not appeal.

Magento was exactly what I was looking for and we immediately set about building our first site for UKKO golf as soon as it was released at the end of August 2008, Susanna did the design and we built it. I think it’s fair to say that we lost our shirt on that first Magento project, there was no documentation and very little help so you just had to figure it by yourself and, as we all know, Magento is not simple. Without Jamie’s hard work and perseverance we wouldn’t have got there.

Despite the difficulties the features Magento offered were ground breaking at the time, I wasn’t surprised that it took off and very quickly become the ecommerce platform everyone wanted.

We had moved offices to 14 City Road in 2009 and Richard Johnson joined as Business Development Director. We started picking up more and more Magento work and soon Magento accounted for 50% of our business.

During this period I first met Angus Jenkins (who had worked with Innes Murray when he left Gieves & Hawkes), Angus had just started at DM London and they wanted to launch an ecommerce store selling fashion and luxury watches called Time Squared (later to be renamed The Watch Gallery and then Bucherer) , we pitched a content and commerce strategy and won the project, working with DM London was a particular pleasure, David Coleridge (the CEO) and Rebecca Simmons pushed us hard and we loved the project, working with them for 6 years.

We also met Andrew Fraser and Dina Chaya who were starting a new jewellery brand called Winterson, Andrew is one of the most detailed people I’ve ever met and helped set the standard to which our developers are tasked to deliver, if they pass the “Andrew Test” its good to go!

We were also driving our SilverStripe business working with Escape Studios, B@1, Vision Hotels, Feng Sushi, Hargreave Hale, Nesta, One Suffolk and The Marquee Experience.

In 2011 we decided to launch an SEO and Strategy service to complement the development side of the business, Paul Rogers came to work for GPMD as Head of Digital and was the driving force behind this part of the business. We made steady progress and had a great team, however it wasn’t to last. First one of our senior developers left to work for Moorfields Eye Hospital and, in quick succession, he offered jobs to 2 other developers on our team, including Jamie Neil. They made Jamie a great offer and it was a good move for him. However, it left us in a difficult position, we lost 3 out of 4 developers in the space of a few months.

We had a tough few months but we managed to work our way through it, and one of the developers (Adrian Duke) who had left for Moorfields came back a few months later as Head of Development. Adrian is another very talented developer and his return in 2012 coincided with Matt Bailey joining to create a design service for the first time. We had never had in house design before and Matt is not only a great designer, he is also a great frontend developer as well. He was a massive addition to the team and has a great ability to get things done. We started working with Budd Shirts shortly afterwards.

Matt and Adrian set the foundation for a good year in 2013, we signed Soho House and Wonga as new clients and continued to work closely with The Watch Gallery.

Click here to read part two of “A brief history of GPMD”.

Above: Mark and Sam, our current CTO 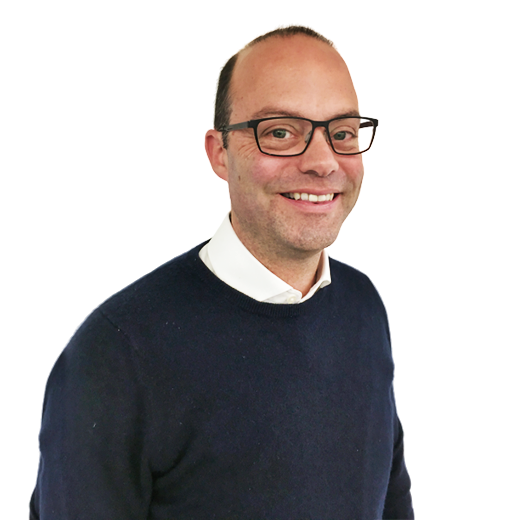